There's no doubt that when you're dealing with an emergency, you'll have several other things go wrong as well. One of the most frustrating experiences for any waterworks employee is needing to turn a nut that has rounded and is very difficult, if not impossible, to move. How do you make the repair quickly and effectively, preferably before you need to take further action because of an emergency? Here's an example of how having a Rounded Nut Grabber helps provide a quick and effective solution to the problem.

We all run into situations like this. At some point during the day, you receive some number of calls about a problem with the water supply lines in the area. Apparently, a main has burst and needs to be repaired as quickly as possible. Fortunately, you keep a spare of the ductile iron pipe used in that section of town, so it's easy to get repair starting. You cut off the water and dispatch a work crew out to the site, expecting a fast resolution. But after a couple hours, there are still phone calls coming in with no sign of stopping. Frustrated, you finally call the crew boss.

The crew boss answers after the third ring, sounding out of breath and frustrated himself. "We've got a problem," he begins, not even giving you a chance to say hello. The last person to open or close this valve must have torqued the nut too much or used the wrong socket or wrench size. It would have been nice to tell someone because now it is rounded and we can't bust it loose." He then goes on to explain the different approaches they've taken. They tried crimping or bending the socket so it will grab the nut's odd shape. they tried shimming the inside of the socket to make it smaller and tighter on the nut, but nothing worked. 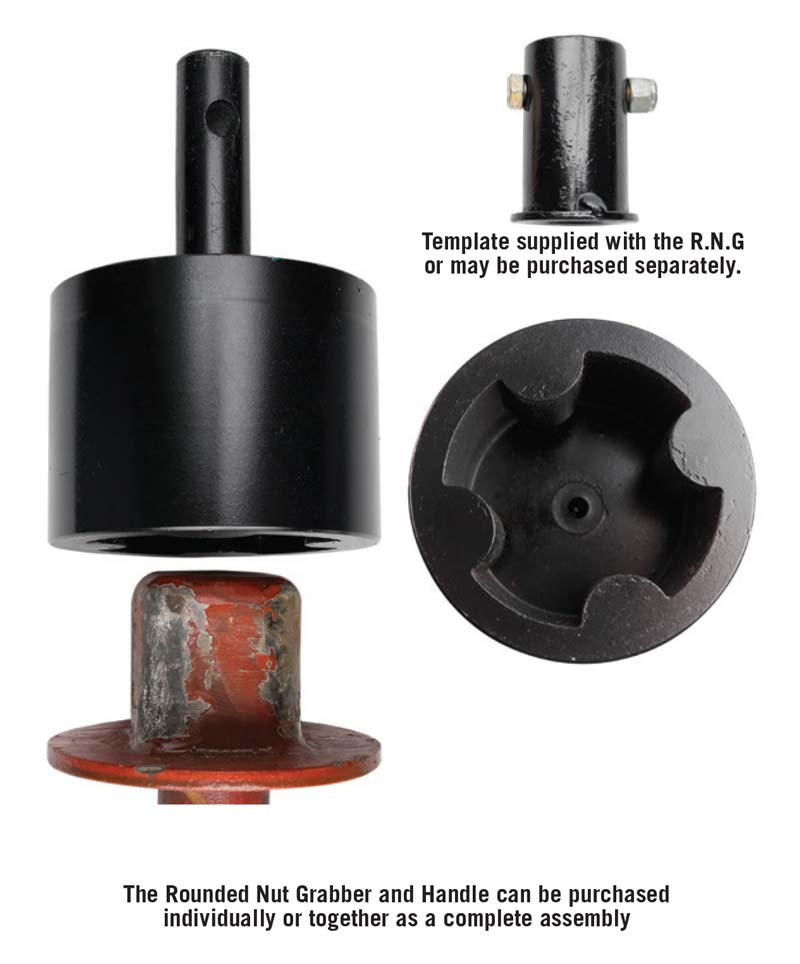 At this point, you're just trying to figure out how to solve the problem quickly, before more complaints roll in and your department has a serious crisis. Then it dawns on you - at a trade show, you saw a tool called a Rounded Nut Grabber that you'd ordered after the fact. Tracking it down, you take it out to the site personally, wanting to see if the tool works as well in real life as it did at the show. The crew boss looks at it a little funny, then puts it onto the rounded nut. The projecting rounds on the side of the socket catch on the flats of the nut without tearing through the corners. Within minutes, the rounded nut is turning the valve stem and closing the valve. The new section of pipe is laid and secured, and your crew is happily on the way back to the shop, having a great time with their new tool.

When you work hard in waterworks, you need the right tools for the job. Having the right tool, like the Rounded Nut Grabber, can mean the difference between hours of frustration and customer complaints or a job quickly completed with little to no impact on your customers. If you need to order a Rounded Nut Grabber be sure to click the button below to browse the available options.

How to Use the High-Security Locking Device and Removal Tool

What's the Difference Between the Two Service Line Puller Kits?

What are the Tools You Need for Hydrant Maintenance for Winter?

New Concept Tools was started by Harry Prescott in 1978 in a small workshop located in the rural town of South Barre, Massachusetts. Today, New Concept Tools are being designed and built by people with decades of experience in various utility fields.

STAY UPDATED WITH OUR NEWSLETTER: